What is the Difference Between Smoke Testing and Sanity Testing? 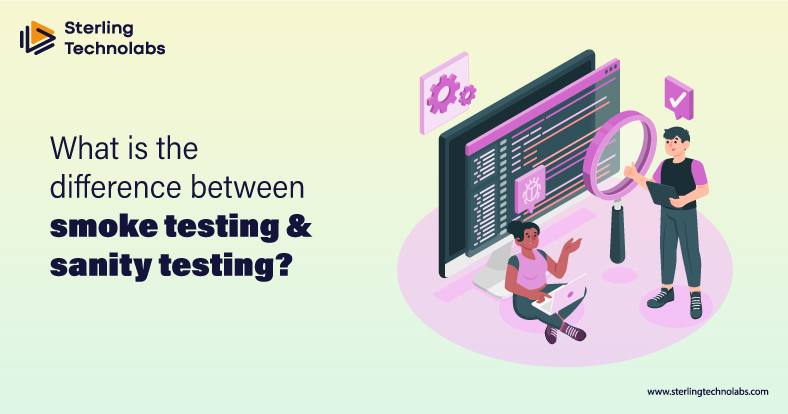 As technology continues to impact almost all aspects of our lives, the competition regarding the development of the most well-functioning and user-friendly software has only escalated. The focus of the industry is to find ways in which they can develop easy-to-use apps in less time.

Therefore, it is only natural that the need for QA and software testing services will be at an all-time high. Before a piece of software is brought to the consumer, it is important to ensure that it has gone through proper quality checks.

There are numerous levels of testing involved in the development of software, but the first step one should take is to get their software undergo smoke testing and sanity testing, the two most essential aspects of quality assurance service.

To prevent you from developing any misconceptions, let us make an attempt to understand the fundamentals of QA and testing services: smoke testing and sanity testing.

While smoke testing as a primary test assures the stability of software being built, sanity testing refers to the process of fixing bugs that is undergone by a stable product.

Let’s Now Understand What a Software Build Is

The one thing that will pervade all conversations regarding the building of software is code. Depending upon the complexity of the task, the building of software may require countless source code files which are amalgamated into one single file if one wishes to achieve the desired results. Such files can also be exchanged with software developers to develop software.

The term “build” signifies the process of compiling the source code files to provide a build artefact like a binary or an executable program. This helps in building more efficient software.

With the aid of the “Build” software, you can create a programme that can be easily executed and this process is attributed to as “Software Build”.

What is Smoke Testing or Build Verification Testing in Software Testing Services?

Once the software is built, smoke testing is used to check if the important phases of the software are performing seamlessly. It ought to be completed by developers as well as software testing service providers prior to regression or functional testing.

Smoke testing is used to ensure that all components of a software application are free of bugs or defects, allowing QA and testing service teams to reduce the time required before delivering newly built software or adding new modules to an existing software.Conducted both manually and through automation tools, smoke testing is merely a precautionary measure, and it cannot act as a replacement for comprehensive testing.

Let Us Now Learn How to Conduct Smoke Testing

Assuming that you are on-board a project on an e-commerce website, the QA and testing service for which you are responsible for As you add items to the cart and proceed with the order, you are bound to notice the seamless or the difficulty in proceeding. If the experience is smooth, you can rest assured that your software is properly functioning and that you can go ahead with functional testing.

But, when are you going to conduct smoke testing?

Smoke testing becomes essential when a team is developing a new software build or is working on introducing other modules to an existing software build.

While it is possible to conduct smoke testing manually, you may want to get it done automatically to save some time. In that case, you will need to use automation tools and programme the smoke suite after you have built your software. Here are a few testing tools that will help you perform smoke testing automatically: 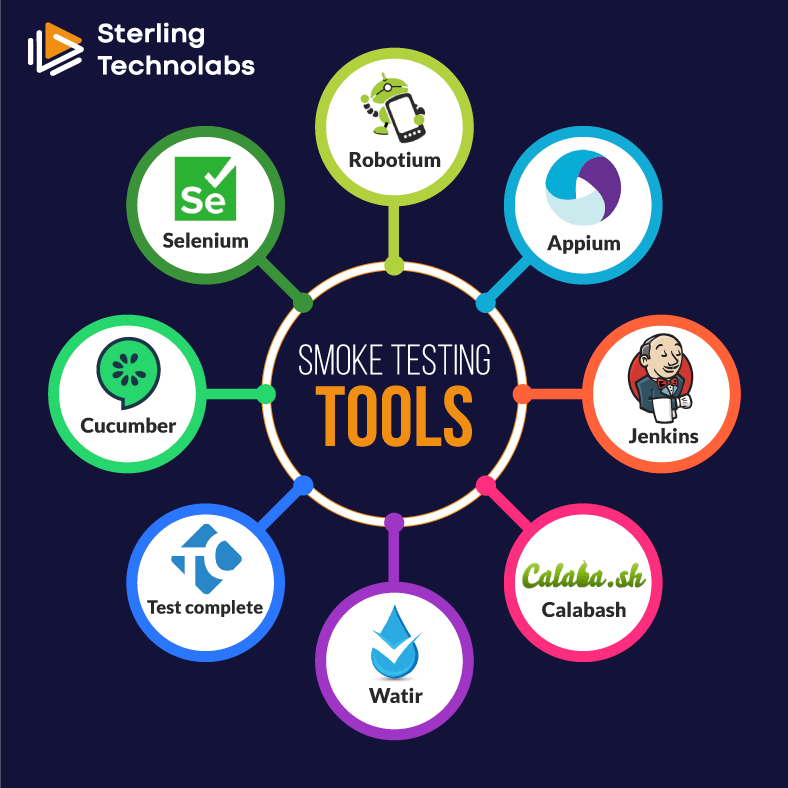 A Review of the Benefits of Smoke Testing

As a process that consumes less time and helps detect flaws at an early stage, smoke testing eliminates the risk of integration and any compromise with quality, which means that you can create stable software.

What is Sanity Testing in Software Testing?

When a new model is accommodated in software, QA and testing service providers can use sanity testing or surface level testing to verify if the software being developed is stable. As a subset of regression testing, sanity testing helps determine if the quality of the software is appropriate after performing the regressions.

It ensures that expectations pertaining to the software are met and that there are no obstacles to the usage of the developed software. If any software happens to fail this test, the QA and testing team reject the software. At the same time that sanity testing helps users save time, it also makes sure that the functionality of the software remains unaffected.

While talking about sanity testing in software testing, the actual goal is to check whether the defined functionality is working as expected.

As considered in the example mentioned above, let’s assume that a user is given the responsibility of verifying the functionality of a newly added feature. Once you are sure that the software is working smoothly, you can proceed with the Cart Checkout flow.

But, when are you going to conduct sanity testing?

Following the incorporation of changes, what you receive is the software build, which is then sent for production.

The majority of users prefer to automate sanity testing because of the fact that they can save time and the chances of accuracy are high.

A Recap of the Advantages of Sanity Testing:

If there happens to be any problems in the basic functionality of your software, quality assurance service providers will use sanity testing. The benefits of using the method involves saving time, avoiding documentation and most importantly, identifying errors. A quality check is achieved with the minimum resources and time.

The table underneath highlights the differences between the process of sanity testing and smoke testing.

The blog elaborately discusses the integral role of smoke testing and sanity testing in the building of software. While both tests can be done manually as well as automatically, the preferred mode is automation as it ensures accuracy and helps users save time.

Now that you know how the two differ from one another in their delivery, it is quite natural that you would want to get your software tested before you proceed. What you need to do in that case is contact our QA and testing service team. They will not only save your time by fixing any bugs, but also help you save your resources!

Previous Posts: The Explosion Behind The Low Code And No Code Solutions

Why Use Shopify?- All The Pros And Cons You Need To Know

Everything you Need to Know About QAOps